Mistress lies to guy and slaps him hard

This mistress told this guy that she loves men who can withstand pain. She made him think that she was interested in him but only if he could withstand her slaps. The guy agreed but he was not prepared for the slaps she had coming. She slapped the hell out of him. She went with him to the woods so that his cries of pain would not be heard by anyone. 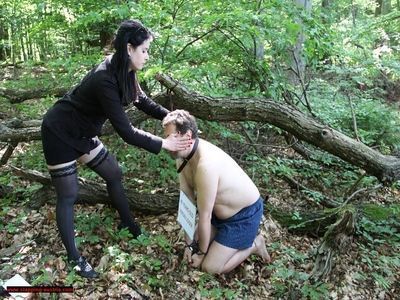